This blog post is going to be a bit different. After watching Stranger Things, my friend and I started discussing scary movies from our childhood. I couldn’t help but remember a very specific strange thing that happened to me growing up. I thought, hey, this would be a kinda weird blog post. So here it is. The events following are factual.

It was a hot, dry summer in July of 1995 in Phoenix, Arizona. We were getting our house repainted. For those of you unfamiliar with the dry summers in Arizona it gets to be around 120°F, which is around 49°C. The painters had left their varnish rags on top of the trash cans outside our house. Which directly lined up with the side of the house.

A diagram is below and will come in handy later in the story. 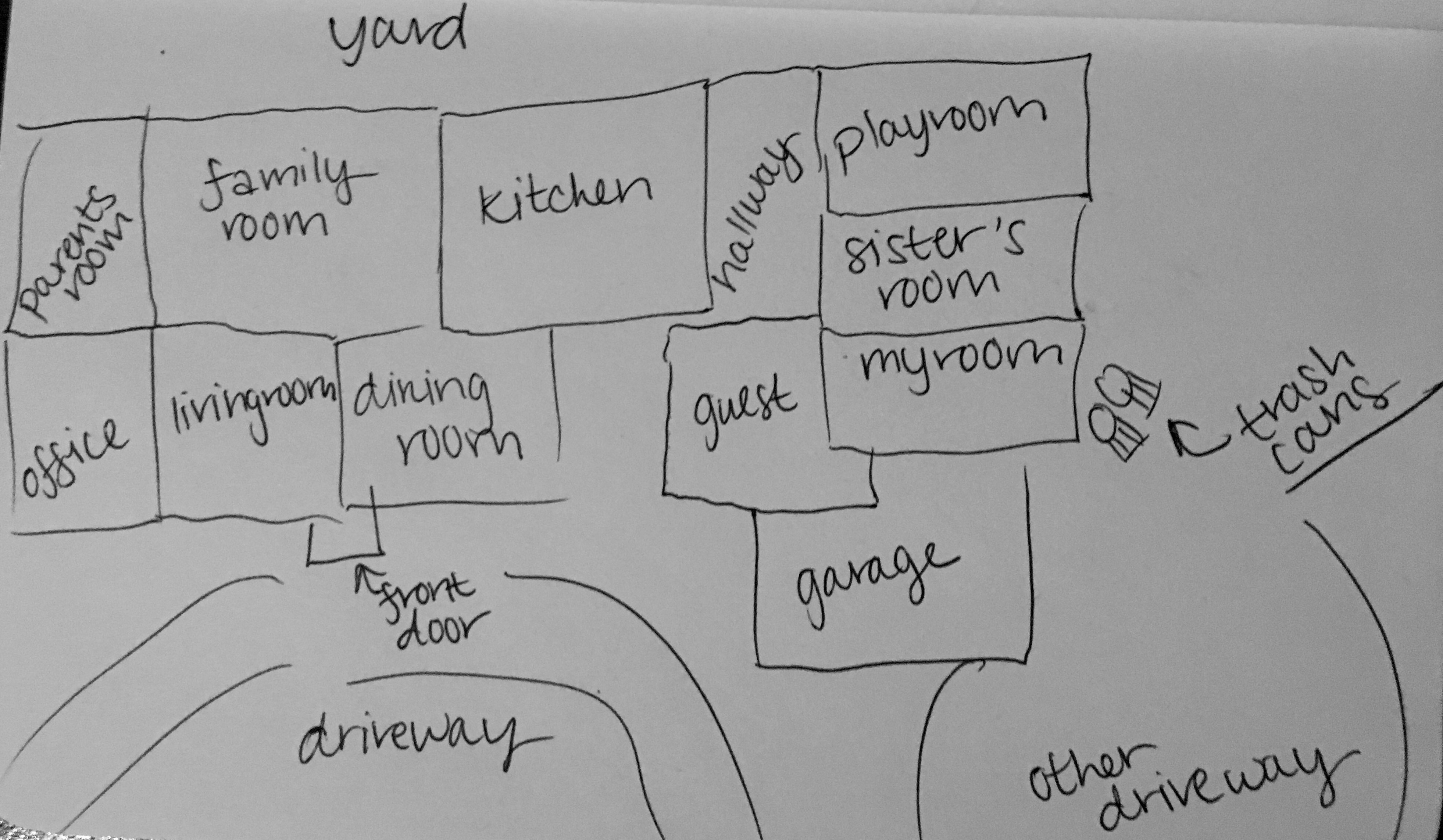 Varnish rags are flammable and in combination with the Arizona heat this caused spontaneous combustion. I kid you not.

The fire started at the trash cans and reached all the way to my parent’s bedroom. Which at the time had this horrendous green carpet.

Fortunately no one was home at the time. My sister and I were spending the night at our friends house. My mom was busy elsewhere. My dad had the interesting circumstances of driving home while all the fire trucks kept passing him heading the same direction. He was the first to find out.

The next morning, he came to our sleepover. The very sight of him at our friends breakfast table was unusual to say the least. My sister and I knew something was wrong. He explained what happened and that we needed to go shopping for new clothes. It was surreal. And the only thing I could think about was how I left my favorite teddy bears with an “I owe you” note that they could come to the next sleepover. Which of course would never happen. I had abandoned them in my room which was so unfortunately placed right next to the exterior wall where the trash cans were.

This story is interesting for, of course, the moral lesson I learned at a young age that material objects don’t matter. It’s the relationships with people that do. But also there was something rather creepy that happened with regard to the fire.

The map is important here.

Growing up my parents always made us clean out our closets over summer. My sister and I had just done that. In this massive purge of items that had fallen into closet abyss throughout the year we also threw away our Sunday school books.

Now I’m not a religious person, on my Facebook page my religion is literally “hugs” so take this as you want. Those books were in the trash cans that spontaneously combusted. The pages were left burned all over the house. But one page made its way all the way to the front door of the house. It was the Ten Commandments. My parents framed the perfectly fire scorched page and it’s in their house today.